Home Culture Business Growth: Do You Know What The Macro and Micro Cultures Are... 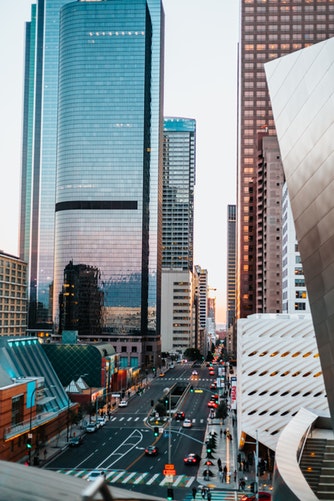 The first discussions about culture within many businesses arise when a decision is made to expand globally into another country.

In these discussions, the focus is on macro cultures. That means that the country they are looking to expand into is seen as one culture, a group of people who share a common history, language, values and practices.

People start to ask questions like: “What do we have to know to do business with the Chinese?” Or “How are the Canadians going to respond to this kind of product?”

Macro cultures include national identities, like Canadian or American, religious identities like Protestant or Buddhist, or industry cultures like “the medical industry,” or “the automotive industry.”

These macro cultures by their nature have large populations and they usually encompass large geographic areas.

But within those macro cultures, there are micro cultures. These are cultural groups nestled into the larger population. Their numbers are smaller and they share a specific language, values, beliefs and practices with each other.

It may sound confusing, but it is vital for businesses to remember that within macro cultures, there are always micro cultures. In fact, most of us have a foot in both such cultural circles.

An example would be an individual who belongs to the Canadian macro culture. They speak either English or French, they use the same money, they have the same federally elected government, and the same health care system and legal structure.

But that Canadian could also be an Indigenous person who is a member of a First Nation. That person, who speaks English, could also speak another Indigenous language or dialect. They might attend business conferences in huge city conference centers, and each summer they might also attend an annual pow-wow celebration with drum and dance contests.

Those other things in their lives, their co-existence in a micro culture, cannot be ignored because they are a precious part of what makes them who they are. The micro culture(s) they belong to also strongly influence how they see the world, how they think, and what they value in life. This part of their identity could be equally or more important to how they understand themselves as an individual than their membership in the macro culture of Canada.

If we consider culture with too broad a brush, just looking at the macro culture, we can make costly mistakes as business owners.

It is obvious that each person has more than one culture that shapes how they respond to what your business has to offer. Equal respect is needed for the macro and micro cultural influences of a person’s identity.

If you are working to help your employees be more aware of the subtle differences of culture, it is a good idea to encourage everyone to consider three to five cultural worlds to which they belong. For example, these could include their national identity, their heritage identity, their religious identity, whether they were raised in a rural or urban environment, and even whether they came from a large or small family.

Then think about how these elements of the cultural identity each of us carry influence how we perceive the world around us.

Why Are Celebrity Homes Easier to Market?

Looking Closely at the Dating Relationship and Signs of Breakup

Investing In The Entertainment Industry

How to Be Beautiful in Just a Minute